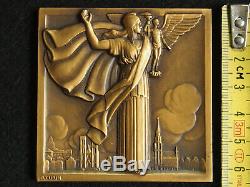 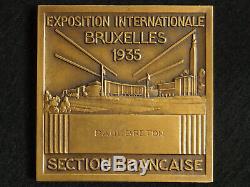 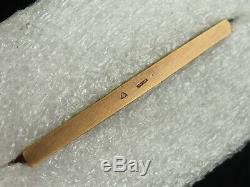 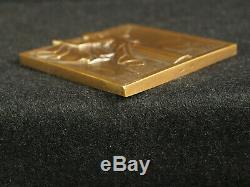 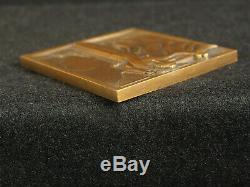 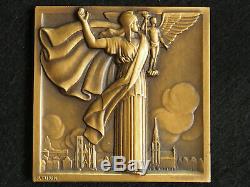 Rare - medal art deco bronze plaque, signed: TURIN stone. \Pierre Louis Aristide Turin, born August 3, 1891 to sucy-en-Brie, where he died July 25, 1968, was a French sculptor and medalist. Pierre Turin between the School of Fine Arts of Paris where he studied with Frederic vernon, henry august patey and Jules Coutan. In 1911 he exhibited for the first time medals at the show of French artists.

He was mobilized in August 1914 when the outbreak of the First World War. In 1920, he received the first prize of Rome medal engraving and fine stone for a figure of peace savance a sword in main1 and a gold medal at the specialized exhibition of 1925. In 1928, competing for the currency of paris, he was chosen to create a new type of currency to marianne head wearing the Phrygian cap crowned with an olive wreath on the obverse and ears of wheat on the reverse: it is the URIN kind.

\This model of engraving was used for parts of ten francs and twenty francs until 1949 until 1939, and then declined in the French colonies. In 1929, the project room of 5 French francs ultimately not selected, the \In 1937, he runs a medal for the Universal Exhibition in Paris. He was appointed Knight of the Legion of Honor in 1936.